Ghanaians will vote in freedom, peace and security on December 7 – Akufo-Addo

The President, Nana Addo Dankwa Akufo-Addo, has reiterated his commitment to ensuring that the Ghanaian electorate are able to cast their vote in peace, security and freedom on 7th December. 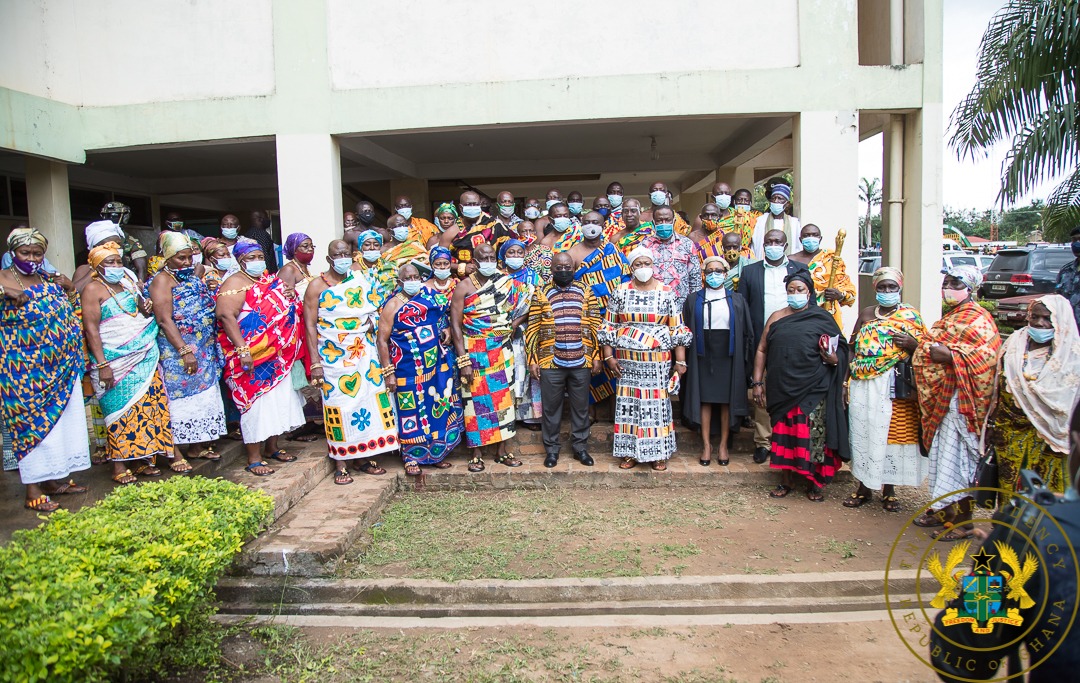 2022 Congregation: Valedictorian urges students to cultivate a habit of discipline

Addressing the Bono Region House of Chiefs on Thursday 10th September 2020, President Akufo-Addo assured the House of the “wholehearted efforts that are going to be made by my Government and I to ensure the peace and stability of the nation, as we enter the last three (3) months of the electioneering campaign”. 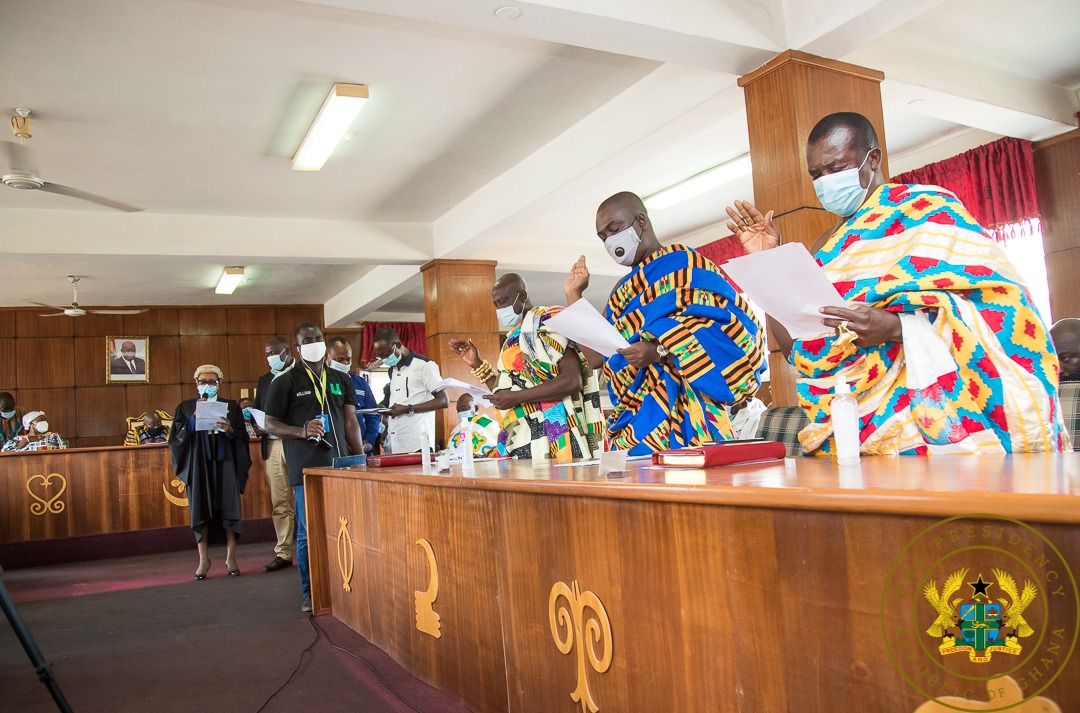 Ghana, according to the President, “has rightly earned a reputation as the pacesetter in democratic governance on the continent, a reputation I am determined to uphold, and, indeed, enhance prior to, during and after the 7th December elections.” 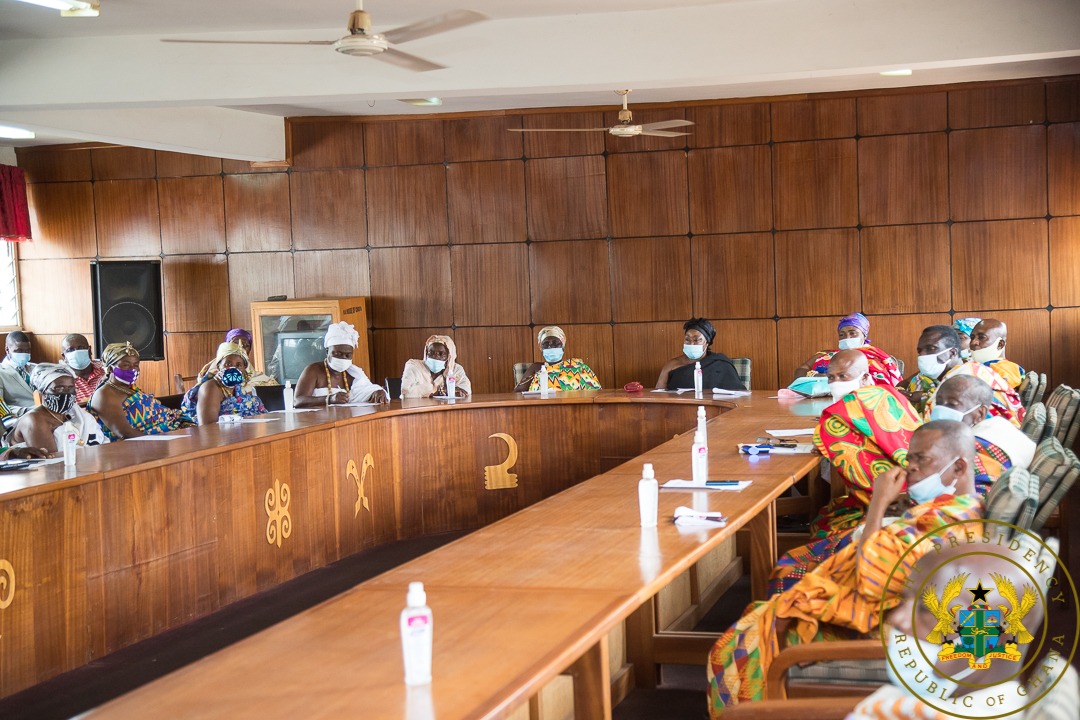 To this end, he appealed for the full collaboration and co-operation of the Bono House of Chiefs, adding that “we have all to work together to create the environment that will allow the Ghanaian people to make their decision on 7th December in freedom, peace, and security. It is their right”.

Appreciating the indispensable role played by Chiefs in the history and development of Ghana, he explained that, ever since his Government assumed office in January 2017, a lot of steps have been undertaken to strengthen the institution of chieftaincy. 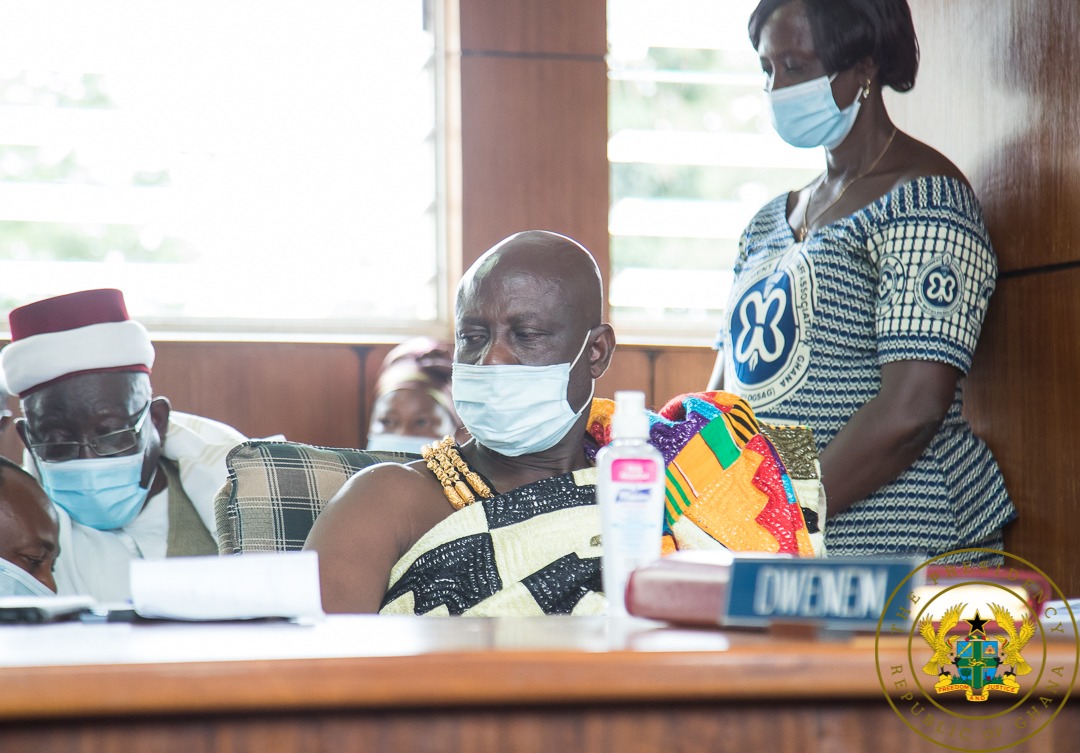 These include a 100% increase in the quarterly budgetary support to the Traditional Councils and Houses of Chiefs, and a GH¢3.5 million support for the completion of the new headquarters office complex of the National House of Chiefs in Kumasi.

Additionally, President Akufo-Addo indicated the commitment of the government to moving speedily on finishing work on the codification of the traditional norms and rules that have guided our communities throughout the ages. 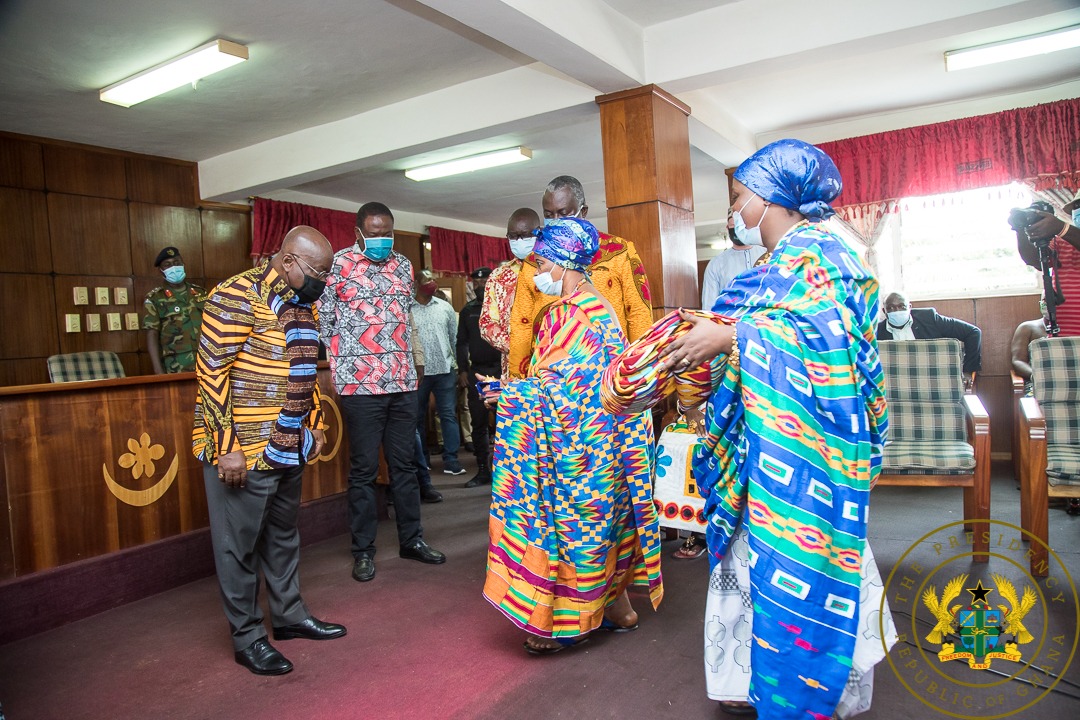 Towards addressing the challenges of chieftaincy disputes, President Akufo-Addo revealed further that “Government, through the Ministry of Chieftaincy and Religious Affairs, has arranged to provide the funds that will increase the number of sittings of Judicial Committees of Regional Houses to hasten the adjudication of pending issues, in order to bring closure to many outstanding disputes that continue to generate tension”.

Again, to reduce conflicts and establish areas of customary jurisdiction and allegiance, the Chieftaincy Ministry, together with the National House of Chiefs has delineated traditional areas of paramountcies, with the President also appealing to the Chiefs to help Government streamline the administration of lands in the country, leading to an efficient and well-functioning regime of titling, fixing of boundaries and ownership tracing.

“The Chieftaincy Ministry has also instituted a programme to have courses in chieftaincy development, comprising lectures, seminars and other activities, aimed at building the capacity of Chiefs and all persons with interests in the chieftaincy institution. I applaud this initiative,” he added.