Trees planted under the Green Ghana Initiative risk early destruction due to the high number of stray animals in the Sekondi-Takoradi Metropolis and Effia-Kwesimintsim Municipality of the Western Region.

These animals are left to freely move about in the metropolis and graze openly in the areas most of these trees have been planted. At present, the assemblies are struggling to get owners of these animals to keep them in their pens.

#GhBudget: Expectations for the education sector

The trees planted at the community squares are without fence or protection to prevent these stray animals from consuming them — hampering recent efforts to green the metropolis.

Days after the planting exercise, some members of the general public and groups have expressed concern that these stray animals may destroy the trees.

Others blame the situation on the assembly, saying it should have created boxes to protect the seedlings and prevent the animals from eating the plants while grazing at those areas.

In the Sekondi-Takoradi Metropolis and the adjoining municipality, it is very common to see livestock (goats, sheep and herds of cattle) freely roaming the streets without shepherds. The owners actually open these animals to fend for themselves and return home at night.

Both the Sekondi-Takoradi Metropolis and Effia-Kwesimintsim Municipal Assembly, however, have by-laws that prohibit the rearing of animals without permit. 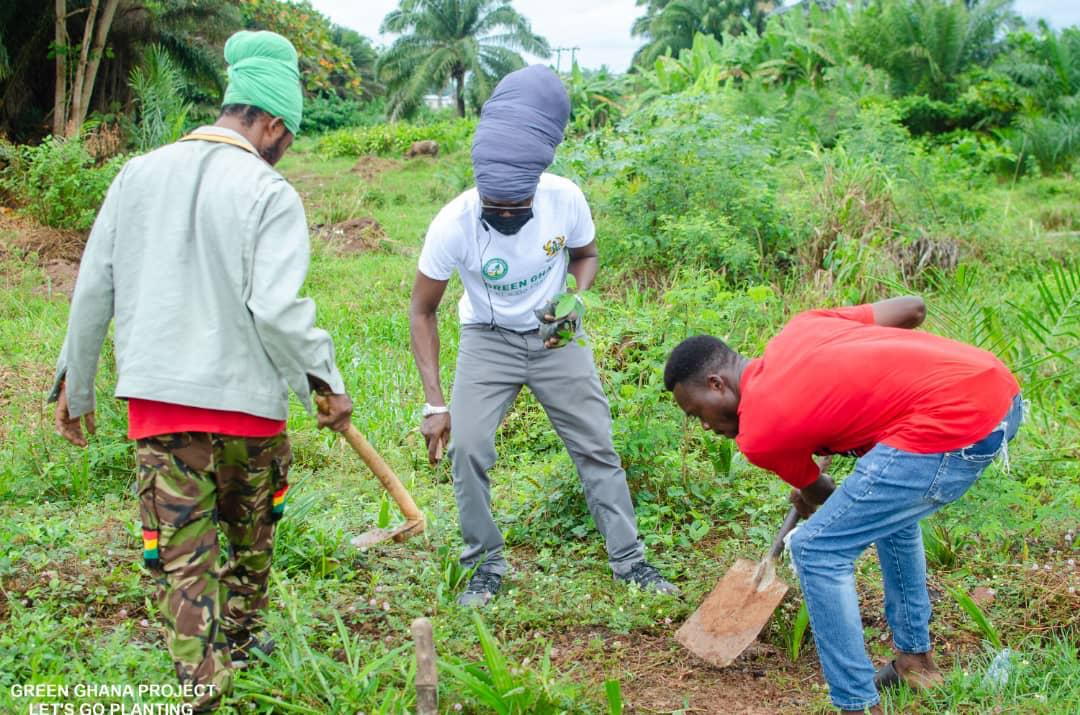 Section 181 of the Local Governance Act 2016 (Act 936), sub-section 2 (1 & 2) which speaks to the control of livestock says, “No person shall rear or keep any livestock in or near a household within the area of administration of the assembly without a permit issued for livestock purpose.”

The law says in granting a permit, the assembly shall regulate the conditions under which any such livestock is to be kept. However, the assembly is not enforcing the by-law; therefore, domestic animals – goats, cattle and sheep — are left to roam the city or community without control.

The by-law in Section 4 empowers the assembly to take action on animals without shepherds. The law says if in any town, any livestock other than cattle which go with herdsmen is found in any public place without any person in charge, an officer of the assembly may impound the said animal in any compound and detain it until the owners are found, who shall pay a prescribed sum to cover expenses to the assembly or the animal will be sold through public auction.

When contacted, the Public Relations Officer of the Sekondi-Takoradi Metropolitan Assembly (STMA), Mr John Laste, said the concerns of the animals destroying the trees planted were legitimate.

“It is true that we have by-laws to ensure that people keeping livestock obtain permits from the assembly, but our quest to enforce them is mostly thwarted by members of communities who chase our officers and even threaten to lynch them,” he said.

The assembly, he said, was very much aware of the stray animals, including dogs and cats, adding that as the city grew, the need to control that phenomenon had come under serious discussion at the assembly.

“However, while we come up with plans to enforce these laws and make sure those keeping these animals follow the law, we have introduced an award system to reward communities that will take good care of the trees planted,” he said.

In the assembly’s quest to make it work, “we have handed the trees planted in the areas selected to the assembly members in these areas to take care of them and we are even encouraged to go for more seedlings and plants”.

“We know where these trees are planted and the community that will take better care will be rewarded with items that will benefit the members of the communities,” he said.

He told those interested in keeping livestock, including pets such as dogs and cats, that they would come after them and the laws would be enforced.

The public has expressed worry over the inability of officials of the assemblies to enforce the well-crafted by-laws in their books which are aimed at ensuring a safe and just society for all.

The threat posed to these trees planted under the Green Ghana Initiative, they said, had exposed one of the disadvantages of assemblies not being able to enforce their own by-laws.

The Western Regional Chairman of one of the groups, the Ras-Tafari Council, Mr Kwami Agbeli Mensa, said they were worried that if care was not taken, stray animals in the municipality and the metropolitan area might derail the success of the laudable project.

He said the approach by management of the assemblies in dealing with stray animals posed a serious threat to the Green Ghana Initiative, hence the council was urging them to enforce the laws.

A resident, Mr Ernest Arthur, urged the assembly to do more by enforcing the law, adding, “We are not in a lawless society — this is a country of laws and I am shocked the assembly is looking on unconcerned.”

“Enforcing the law will mean that those interested in keeping animals in their homes follow the rules in the by-laws and bring some sanity to the system,” he said.

Mr Arthur said it was sad that in today’s modern society, animals were roaming the streets even though they had owners – the owners allowed their animals to roam the streets, disturb others and inundate the streets with their droppings while the assemblies looked on unconcerned.